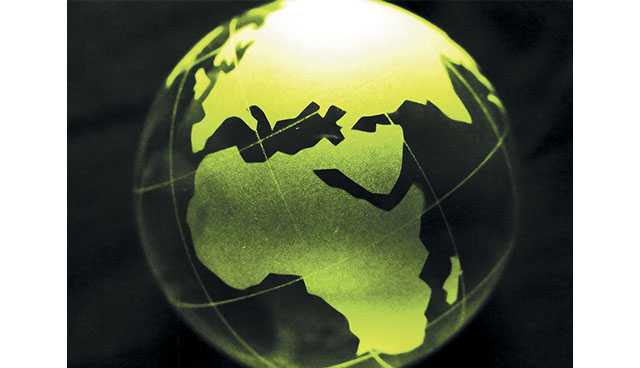 Aurel Ciobanu-Dordea, Director of Compliance, Governance and Support to member states in the European Commission’s DG Environment says that much work remains to be done if Ireland is to bridge the gap of environmental compliance.

In an address setting out the proposed actions of the EU Commission in relation to the environment in 2022, the Director took the opportunity to identify a number of significant shortcomings for Ireland in relation to its environmental responsibilities.

Ciobanu-Dordea identified four areas in particular but was most strident in relation to access to justice, stating that the European Commission will act if Ireland does not address litigation costs.

“Ireland continues to be the most expensive member state in which to make an environmental claim before the courts,” he highlights, adding: “The case law of the national courts has meandered through different interpretations on the cost rules and has left many environmental litigants unable to predict with any certainty the costs exposure.”

The Director says that a particular concern for the EU Commission was an “increasingly aggressive” stance being taken against environmental campaigners, highlighting the use of strategic lawsuit against public participation (SLAPP) suits but also pointing a finger at mainstream media and politicians.

Stating that the rule of law and its respect, in relation to protection of the environment, is one of the biggest priorities of the Commission, the Director described circumstances in Ireland as “disappointing, and even worrying” and called for a “radical change of behaviour”, describing such conducts as highly unusual for an advanced society like Ireland.

In relation to water, the Director said that Irish authorities still had significant work to do, pointing out that around 50 per cent of urban wastewaters are still not collected and treated in compliance with the Urban Wastewater Directive and highlighting leakage rates recorded as one of the highest in Europe.

Adding that the Water Framework Directive has still not been fully transposed into Irish law and outlining increased pressure on water quality, particularly from agricultural sources, Ciobanu-Dordea says that he hopes 2022 will be a year of more decisive action by Irish authorities than in the past. 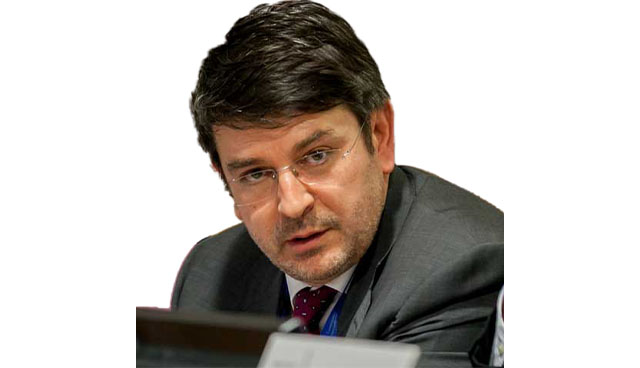 Speaking in a wider EU context, Ciobanu-Dordea says that a priority of the EU Commission is to demonstrate that the Water Framework Directive “is not a paper tiger” and that there are strong elements and obligations within it. Pointing to a pilot investigation launched in 2021, the Director says that he wants to see it continued, adding: “We will move in certain cases for certain obligations because we want to make sure that all the domestic authorities which are relevant for water use, including agricultural authorities, are on board and that coherent and strong actions are applied in order to attain the targets of the Directive.”

On the “serious challenges” that exist in relation to nature and biodiversity in Ireland, the Director says that while the Commission has welcomed the completion of the terrestrial designation of special protection areas for birds, “we have noted there is significant work to be done to protect terrestrial birds in practice,” he explains.

The Director called for urgent action to address the serious decline of certain breeding birds, particularly farmland birds and called for the need to finalise identification and designation of marine sites, highlighting Ireland’s holding of one of the European Natura 2000 network’s poorest records with less than 2.5 per cent of marine waters protected.

“The case law of the national courts has meandered through different interpretations on the cost rules and has left many environmental litigants unable to predict with any certainty the costs exposure.

“Action is also needed to address the decline in terrestrial sites under the Habitats Directive. Ireland’s own habitats report shows that only 15 per cent of habitats are in favourable condition and over half are suffering from ongoing decline,” he says, raising the issue of peat bogs, in the context of ongoing legal proceedings brought by the Commission.

Finally, Ciobanu-Dordea highlights that Ireland is the only member state yet to transpose the revised Environmental Impact Assessment (EIA) Directive, adding that despite being classified as key economic activities, no EIA has been carried out in the areas of peat extraction or afforestation.

“Both are regularly the subject matter of complaints cited to the Commission of negative pressures on biodiversity in Ireland’s own Article 17 reports on conservation status,” he says.

Ciobanu-Dordea was speaking in the wider context of plans by the Commission to bring forward a range of environmental policy initiatives in 2022 and 2023 as part of its Green Deal. Published prior to the Covid-19 pandemic, the Director stresses that the Green Deal will remain a main political compass for the Commission.

Ciobanu-Dordea believes that a focus on the green transition will help build further strategic autonomy, which he says the pandemic and the ensuing economic crisis has revealed as key for the European Union.

“We will keep this political compass with a focus on the green deal by also bearing in mind the challenges and opportunities the green transition can bring to our societies. Not everyone is equipped in the same way economically and socially to face the green transition, and this is why we have developed a Just Transition Fund and a social fund to accompany the climate transition. However, we will need to embed further awareness about the social pressures in the legislative proposals we will bring to the fore in 2022 and the following years.”