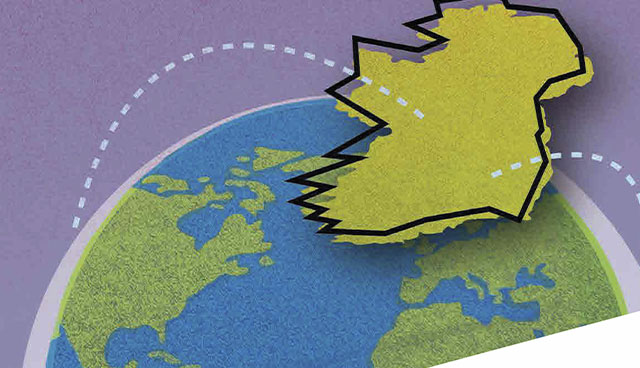 In April 2022, the Dáil approved Ireland’s first ever carbon budget, a significant part of the Climate Action Plan 2021 (CAP21), which makes Ireland one of the most ambitious countries in the world on climate.

The carbon budget follows the publication of CAP21 in November 2021, which set out draft target ranges for how far each sector will be required to reduce its emissions on 2018 levels, in order for the country’s overall emissions to halve by 2030.

Annual climate action plans, essentially sectoral roadmaps for meeting national 2050 climate objectives, are required under the Climate Action and Low Carbon Development Acts 2015 to 2021. CAP21 identifies 475 actions, building on CAP19 and many of these actions have been referenced in budget allocations within the €156 billion National Development Plan.

Delivery of CAP21 will require approximately €45 billion in additional capital expenditure, €25 billion of which will be required for the buildings sector, €15 billion for the power sector, and €5 billion in transport. More broadly an estimated €125 billion will need to be mobilised towards low-carbon technologies and infrastructure out to 2030.

The share of additional total investment will vary substantially by sector, as will the expected emission cut needed. CAP21 sets out target ranges for each sector if Ireland is to reduce emissions by 51 per cent by 2030, against 2018 figures.

CAP21 raises the ambition of the proportion of renewable electricity to 80 per cent by 2030. Of the 15GW of new renewable capacity, quadrupling of current renewable capacity, 5GW is to come from offshore energy, 1.5-2.5GW from solar PV and 2GW from new gas-fired power. Alongside the proposed microgeneration support scheme, the Government has pledged to introduce a small-scale generator scheme, allowing communities to feed into the grid. As well as plans to develop improved storage and deploy renewable gas, CAP21 also sets out a review of the strategy on data centres to align with sectoral emission targets.

Building on the existing commitment to retrofit 500,000 residential homes by 2030, the Government has said it recognises the need to assist broader society with retrofitting costs. A total of 50,000 commercial buildings are to be serviced by zero-carbon heating. CAP21 sets out plans for a further three specialist training centres to be established to support the new National Retrofit Plan. A regulatory framework for district heating, as well as identifying appropriate financing mechanisms and the allocation of support to projects from the Climate Action Fund, is expected to deliver 2.7 TWh of district heating.

CAP21 raises the ambition of the proportion of renewable electricity to 80 per cent by 2030.

The plan calls for a 14 per cent increase in public transport and active travel journeys by 2030, meaning 500,000 extra walking, cycling and public transport journeys per day. As well as increasing use of electric cars by 40-45 per cent of the proportion of kilometres driven, the plan also seeks a 10 per cent reduction in kilometres driven by internal combustion engine cars. By 2030, all replacement bus and commuter rail vehicles are to be low or zero carbon and CAP21 plans for an increased rollout of rural public transport through Connecting Ireland.

It is recognised that in order to reduce emissions, Ireland’s land use will need to be transformed from a carbon source to a carbon sink. Doing so will require a range of measures including bog rehabilitation, grassland management, organic soil rewetting and increased afforestation. In aid of this, the Government has announced preparation for a new forestry programme launch in 2023. It is also intended that 30 per cent of Ireland’s marine area is designated as Marine Protected Area.

The Government plans to produce a Climate Toolkit for business, adding to work from the IDA, Enterprise Ireland and the SEAI to decarbonise industry and align grants with other supports. Included in the measures to cut emissions are increasing the uptake of carbon-neutral heating and decreasing the embodied carbon in building materials through more wood in construction.

The Government says it will incentivise increased organic farming and diversification into forestry, biomethane and energy production. Potentially the biggest target relates to collaboration between the agriculture and waste sectors, targeting 1.6 TWh per annum of biomethane for injection to the grid. Alongside plans to incentivise increased organic farming, CAP21 sets out plans to explore further pathways to emissions reduction through the likes of land diversification, herd-related methane, and farm carbon trading.

Outside of the identified sectors, CAP21 identified further measures including the €100/tonne by 2030 carbon tax raising of €9.5 billon, €5 billion of which has been allocated to retrofits, €3 billion for just transition and €1.5 billion for the promotion of sustainable agriculture practices. Additionally, a Bioeconomy Action Plan is anticipated by 2022 following the publication of the Circular Economy Strategy and targets for the public sector of 51 per cent emissions reduction and 50 per cent energy efficiency improvement from 2016-2018 levels.

Climate Action Plan 2022 is expected to fully reflect the legally adopted carbon budgets and sectoral ceilings. In recent Dáil questions, Minister for the Environment, Climate and Communications Eamon Ryan TD confirmed that the 2022 plan will be published in Q4 2022.