­­Claudia Castell-Exner, President of EurEau, the European federation of water services, speaks to eolas about European water policy developments, particularly the Urban Waste Water Treatment Directive, with a proposal for its revision due this year.

“Our objectives are to ensure access to water by securing investments, to protect water resources from pollution and to promote the sustainable use of resources through the circular economy,” Castell-Exner begins. “Currently, at the European level of water policy, there is a huge set of thematic areas within water services in a broader sense we have to focus on.

“It is not only the Drinking Water Directive or the Urban Waste Water Treatment Directive; there are other areas that are linked to the provision of safe drinking water and wastewater treatment services such as critical infrastructure, cybersecurity, climate change, and the authorisation of chemicals when it comes to the protection of water resources, which is also a huge concern since the current agricultural policy still leads to pollution. Currently, there are around 30 EU legislative actions or initiatives and 11 strategies or action plans within the scope of the European Green Deal that we have to keep an eye on.” 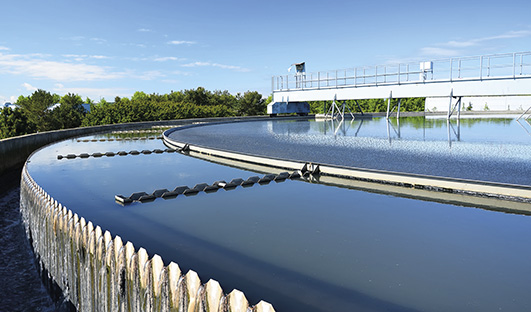 EurEau, founded in 1975, is Europe’s federation of water services, grouping together 34 national organisations of drinking water and wastewater operators from 29 countries. They represent both public and private sector actors. Tasked with representing the water sector, EurEau sits on the EU’s Zero Pollution Stakeholder Platform, where, Castell-Exner says, it seeks to tackle siloed thinking and action while staying abreast of policy developments.

“Besides the important Water Framework Directive, we see relevant water-related legislation being launched such as the Water Reuse Regulation coming into force in 2023, which is the first time the EU has worked on the water reuse topic, and, of course, one of the major directives, the Drinking Water Directive, which has been negotiated over five years, starting with a very weak draft presented by the Commission,” she says. “Now, it is a case of waiting day-by-day for national transposition drafts to be launched since all member states have a deadline of 12 January 2023.

“There is also very important legislation under revision, such as the Groundwater Directive, the Bathing Water Directive, and the Priority Substances Directive – a daughter Directive to the Water Framework Directive. Then, there is the second of the important directives for us, the Urban Waste Water Treatment Directive. Here, we are waiting for an adopted proposal launched by the Commission. The revision of the Industrial Emissions Directive was recently launched at the beginning of April 2022 and is also very important because it regulates the emissions of huge industrial sites to the environment, and we are eager to establish a link between the new Drinking Water Directive and the Industrial Emissions Directive to realise the new risk management concept in order to protect drinking water resources.”

Further legislative acts in the future pipeline of EU water policies include the Sewage Sludge Directive, which has been evaluated and will possibly be revised under the next European Commission, although there are no details yet available and the report evaluating it has been postponed until the end of 2022, and the Nitrates Directive, which stems from 1991, of which EurEau is “very supportive of a revision, which is urgently needed to provide the necessary protection has been the intention but there has been no movement thus far”.

With the Urban Waste Water Treatment proposal due for autumn 2022, Castell-Exner lays out EurEau’s expectations for the revision: “We contributed with a study conducted by Deloitte on the possibilities of including extended producer responsibility in that directive because we really think that the producers of chemicals in the wider sense should have a responsibility on the whole-life cycle of these products. If they occur in the environment, they should be responsible for this, for example, if there has to be end-of-pipe treatment in wastewater treatment in order to fulfil legal requirements. We expect provisions on energy efficiency in terms of energy audits and provisions in terms of climate neutrality. 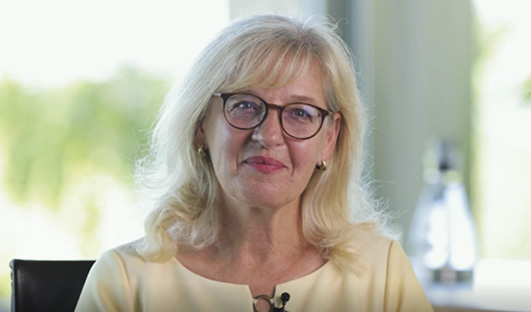 “We really think that the producers of chemicals in the wider sense should have a responsibility on the whole-life cycle of these products.”

“The Commission has announced its intention to address combined sewer overflows in order to limit them, but we do not know exactly how this will be approached in the legislation. The circular economy potential of wastewater will be addressed, with a big focus on phosphorous recovery, and the recycling potential in total for things such as biogas production. Individual appropriate systems and agglomerations will also be looked at to ensure that all settlements not connected to the overall network are running properly in an environmentally friendly way.”

Discussion is also taking place around the Water Framework Directive and the Daughter Directive on Environmental Quality Standards, with environmental standards and priority substances up for renewal and the possible inclusion of pharmaceuticals, PFAS, Bisphenol A, metals, and pesticides on the list. Here, EurEau wants to see a change in actions taken: “We are supportive of the Water Framework Directive, but we think that this approach of collecting monitoring data over years so that substances are identified to be placed on the list over a process of years is a type of a retrospective approach to protect drinking water resources.

“We would like this approach to be reconsidered and be replaced by a proactive approach which takes into account the intrinsic properties of chemical substances at the very beginning of the authorisation process, so a more hazard-based approach rather than post-authorisation monitoring would be more sensible instead of end-of-pipe treatment either in the drinking water treatment plants or the wastewater treatment plants.”

Castell-Exner concludes on an optimistic note, turning first to the Water Resilience Agenda, initiated by the European Commission as a means of ensuring the resilience of water supply and infrastructure. “What we see from the first working programme is a focus on efficiency and being open-minded to discuss the hierarchy of uses in water scarcity situations via drought management plans. Here we see that DG Environment works with DG CLIMA, which is how it should be, working together rather than in siloes.”

After mentioning the collaborative work being performed DG ENV and the OECD on a better implementation of the Water Framework Directive with regards to the cost recovery and polluter pays principle, she then takes an overall view of water legislation, reflecting positively: “There is a tremendous momentum for water-related policies through the European Green Deal strategies and plans, the updating of the Water Framework Directive, the revision of the major water directives, and the emission-related chemical policies. The course has never been so ambitiously set and EurEau will dedicate all its efforts to provide substantive input to these developments.” 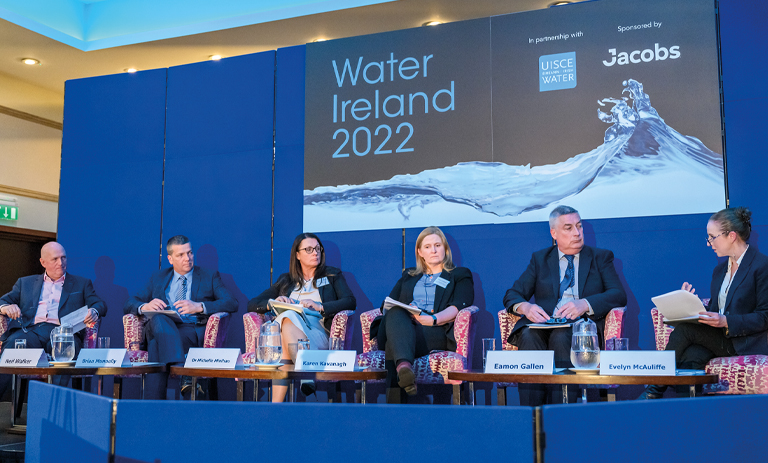